thoughts from a hermit crab 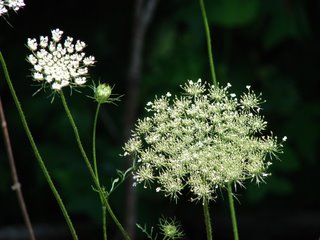 Last night I was perusing the Time magazine on the kitchen counter while waiting on supper to cook, and came across this article, titled You Gotta Have Friends - A study finds that Americans are getting lonelier. It speaks of social isolation and people having fewer friends now, not naming one particular reason for this trend, but offering:

Is it because of two-career families? Ethnic diversity? The Internet? Suburban sprawl? Everyone has a favorite culprit. Mine is TV, but the jury is still out.

I can identify with this. I work at home and often feel like a hermit, not seeing anyone, and more often not wanting to. I admit to going to Wal-Mart just to get out in the world. I admit I would rather use e-mail than the phone, or actually see someone in person.

I was recently contacted by a friend from the past that I have not seen in a long time, she is getting married and moving away and wants to get together with some old friends. One of the ideas was a girls' night out/sleepover. That sounded like way too much togetherness for this hermit crab, so we decided to just go out to eat, I am sure there will be stories about the old times, lots of laughing, good wishes for the bride, but then back to the safety of home.

On the weekends, my husband and I get out, go places, do stuff, but always just the two of us, almost never with anyone else (well, except kids and grandkids!). And that is fine with us. We admit to being antisocial, but haven't found it a problem. I just didn't realize that we were the norm, part of a national social trend.

Is this one of the reasons that blogs are so popular? Are we becoming so isolated and alone that we are reaching out to whoever is out there? Do we just want to connect?

I was reminded of one of our favorite television shows, Cheers, where folks would come in to the bar just to see familiar faces. Does this mean we need to take up drinking? 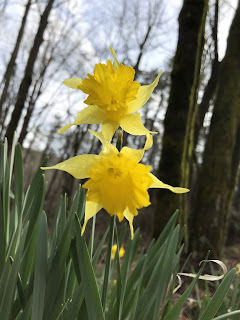